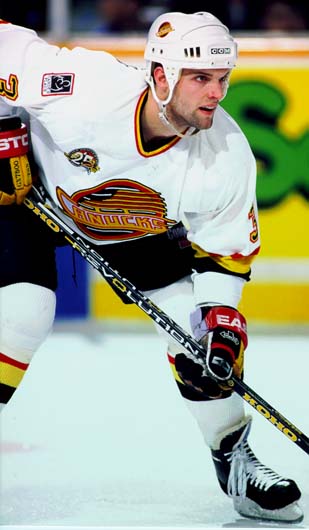 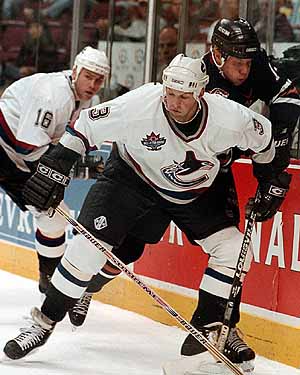 The first picture is an old one from a couple of years ago, and the second picture is from a home game played during the 97-98 season. 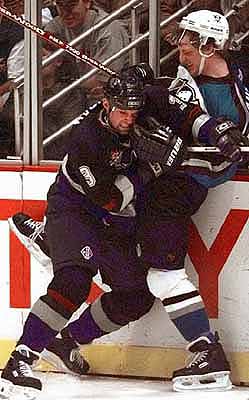 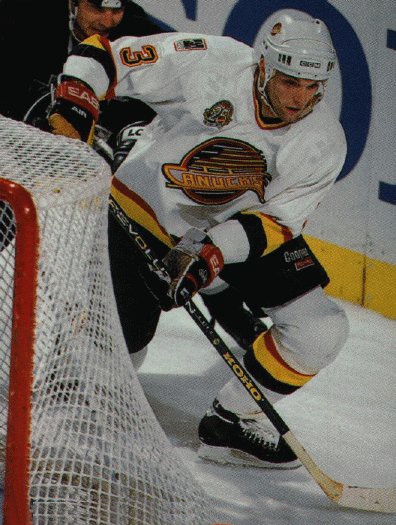 The first picture is from this past season, and the second is from a couple of years ago. 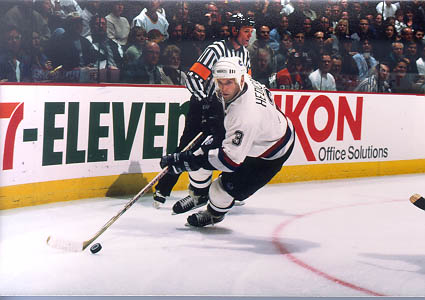 These two pictures were taken during this past season. 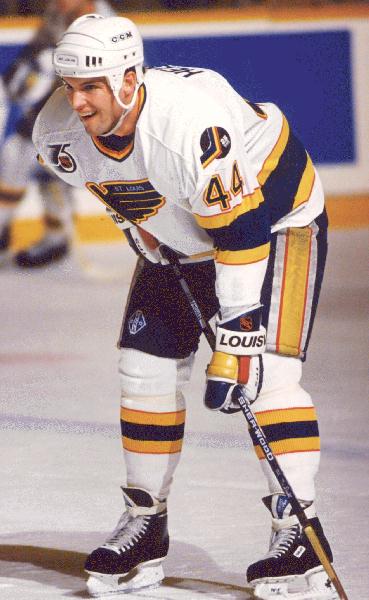 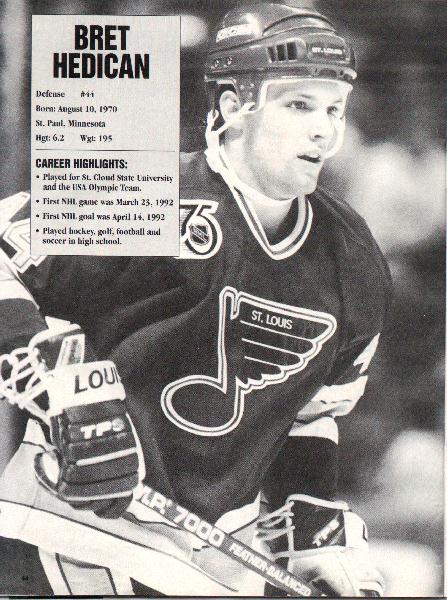 Two of my favourites where Bret is in the pictures. They are both from when he was on the St.Louis Blues. The first is from a 92-93 season game; while the second was from a 93-94 BLUES NEWS game day magazine. When you view the second picture at it's full size you can actually read the stats that are on it. 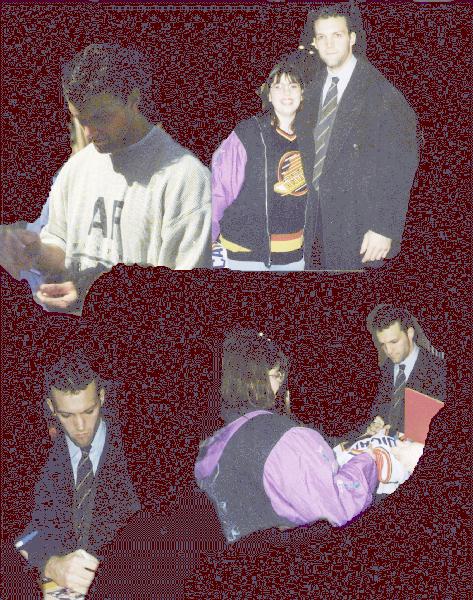 The first picture, in the top-left-hand corner of this collage, was taken on March 11, 1994, at the old Blues practice rink in Brentwood, MO. It was the very first time that I met Bret Hedican, and I enjoyed every minute of it. Unfortunately, he was traded t o the Vancouver Canucks 10 days later. And the other three pictures were taken during the 95-96 season outside the DRAKE hotel in Chicago, IL.

These three pictures were taken during the 97-98 season during the pre-game skate at the KIEL Center in St.Louis, MO 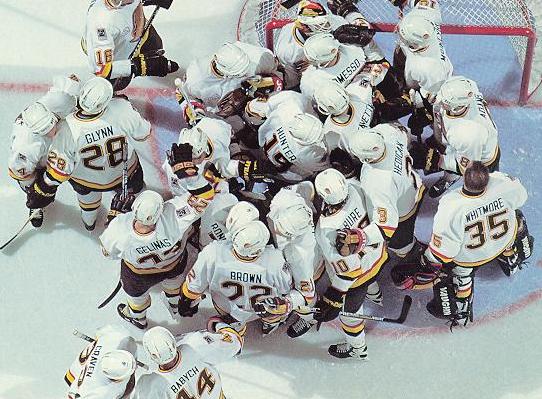 This picture was taken sometime during the Playoff run in 93-94. It includes not only Bret Hedican but Jeff Brown, Martin Gelinas, Kay Whitmore, Greg Adams, Sergio Momesso, Gerald Diduck, Kirk McLean, Murray Craven, Dave Babych, Tim Hunter, Pavel Bure, Cliff Ronning, Nathan Lafayette, Brian Glynn (sp?), and even a couple of guys I can't identify, but who I assume are Dana Murzyn, Shawn Antoski, Gino Odjick, and Jyrki Lumme as well. Somebody may correct me if I am wrong.


Now Back To My Home Page